It was a special day for the management, parents and pupils of Junior Anthonians Nursery and Primary School, located at 22, Ileri Oluwa Street, Peace Estate along Lasu-Isheri road, as they gathered to celebrate what will go down in history as the beginning of a milestone- their first graduation ceremony.

Junior Anthonians Nursery and Primary school established a year ago has achieved phenomenal feats in their short existence gaining the confidence of parents who took a chance on a new school in their environs.

The graduation ceremony kicked off with introduction of guests, with the opening prayer, national anthem and school anthem said, the ball was set rolling for the rest of the programme.

The procession of graduants saw the pupils graduating from KG, Nursery and Primary steal the show as parents beamed with smile watching their wards walk in with boldness into the hall taking their seats at a designated part of the hall.

A moment of reminiscence, joy and a reminder of what lies ahead, it was for the administrator of the school, who in her opening remarks highlighted the school’s achievements, challenges and future plans, the management had in the pipeline.

Addressing the graduants, she called each one by name, extolling their individual uniqueness spurring them to greater heights, an attribute that endeared her and the school to parents. 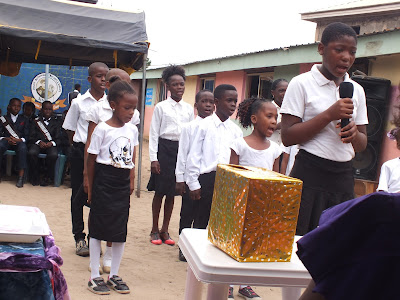 The event featured thrilling performances from the pupils, from the presentation of nursery rhymes, bible quotations, choreography, special numbers, spelling bees, fashion parade, to the very energetic cultural dances, there was not a dull moment, as the pupils entertained their guests.

With all said and done, prizes were awarded to outstanding pupils who excelled in their various forms and subject areas.

“It was wonderful, it was great”, the chairperson of the event, Mrs. Comfort Nwaribeaku said describing the outcome of the graduation party. 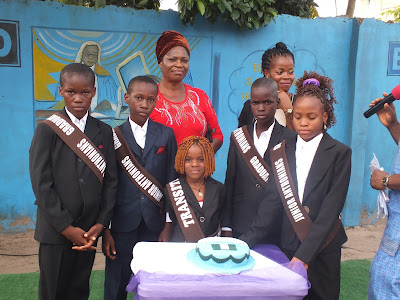 Nwaribeaku who has all her three children enrolled in the school said Junior Anthonians is a good school, adding that a good foundation is important for the future of her children.

“The proprietress is an educated person and that’s why I enrolled my children in the school and also everything about the school is great,” she said.

Giving advice to the school management, Nwaribeaku enjoined them to be patient, foreseeing a great future for the school.

Chinyere Ezechukwu , a parent whose son, Christopher Ezechukwu in basic three said that she brought him to the school because the school is good and now her son can read, write and also he has improved in his behavior. 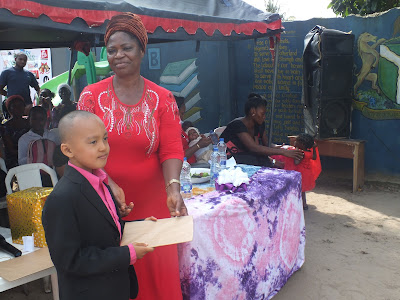 More testimonies came from parents who were obviously impressed by the impact the school has made within the space of a year: Mr Ize Maslinus Iweala commended the staffs efforts at instilling knowledge, he said “the students are doing excellently in their academics”.

Mrs Chinyere Okpara, who is new in the environment, said she brought her son to the school because after checking everywhere, she saw that the school suits her tastes adding that her son who joined the school last term, has improved in his academics.

While Mrs Anyanwu described the school as a school that has the fear of God and they have inculcated the good attributes into the pupils.